A brief history of the Parish of Abbots Salford

The ancient Parish of Salford Priors contains two Salfords they were known by different names for twelve centuries being Salford Major and Salford Minor.

In the year of 708 Kenred King of Mercia gave these lands to Saint Egwin who had built a monastery at Evesham.

Salford Major Dugdale the Warwickshire Historian says, “In King Edward the Confessors time, Godiva, wife of Earl, Leofrith, possessed it. After the Norman Conquest Levita, a nun, had it as King’s gift, there being then a church with a mill and woods, valued at £6”. There were less than 40 inhabitants in both Salfords at that time.

At about 1122 Geoffrey de Clinton, Lord Chamberlain and Treasurer to Henry, I having lately received the Manor of Kenilworth, a gift from the King, built a new priory at Kenilworth and gave Salford Major to the Augustinian Canons to endow the same. 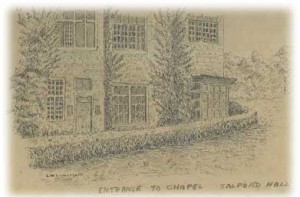 By the year 1162 a chapel had been provided at Abbots Salford, the Canons releasing to the Monks of Evesham all the lands which had been given to maintain Divine Services, except part of the meadows near the Cleeve Mill, which belongs to this day to the parsonage at Salford Priors. Of this chapel nothing remains. 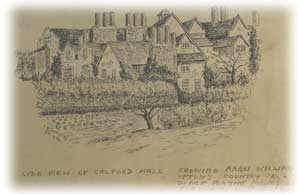 About 1484 Abbot William Upton built for a second time on the site a country residence for the Evesham monks. Part of this half-timbered, red-tiled roofed building is incorporated in the present Salford Hall.

In 1543 Evesham Abbey was dissolved. The monastery and its lands, including Abbots Salford were given by the King to Philip Hobby. 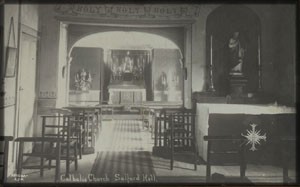 1803 The hall was lent to the Benedictine nuns who had come from Cambrai, France (this was at the suggestion of R. Berkley). The successors of this comunitee are now at Stanbrook near Worcester.

1811 The hall passed by Will to the Berkleys when the last Stanford died.

1845 By the same Will the hall passed to the Eystons.

Coming up to date

In 1948 when Salford Hall was sold the Parish Priest Father Gerald Jackson was told that owing to the very bad state of repair into which the house had fallen, it was no longer considered safe to use the chapel room for public worship. This sadly brought to a temporary end a Long Catholic tradition. It is on record that Catholic priests looked after the Catholics in the district from 1727 (may be earlier) and made Salford 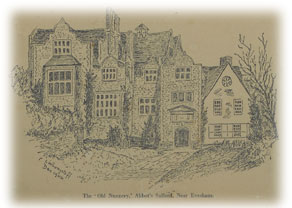 Hall their headquarters. The chapel in the hall was most likely used by the Benedictine nuns during their stay. Long after their departure for Stanbrook the Hall was still known locally as “The Nunnary.” The Catholics of the district certainly used the chapel for Sunday Mass until 1948.

The Eyston family gave the presbytery and its garden to the Archdiocese of Birmingham. When the chapel in the hall was closed it was found possible through the generosity of Mr Keye and other members of the congregation to build and furnish the present church.

In 1960 the parish raised funds to buy a building and lands in Quinney’s Lane, Bidford on Avon. This building which had been a builders workshop was converted into a church and given the name Saint Joseph the Worker.

A year or two later the house next door to this new church was purchased and become the presbytery. 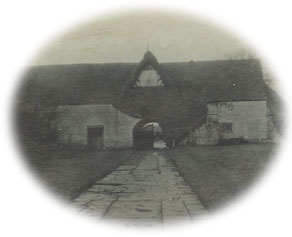 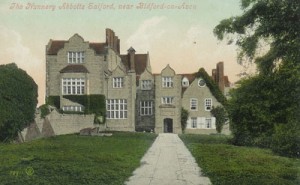